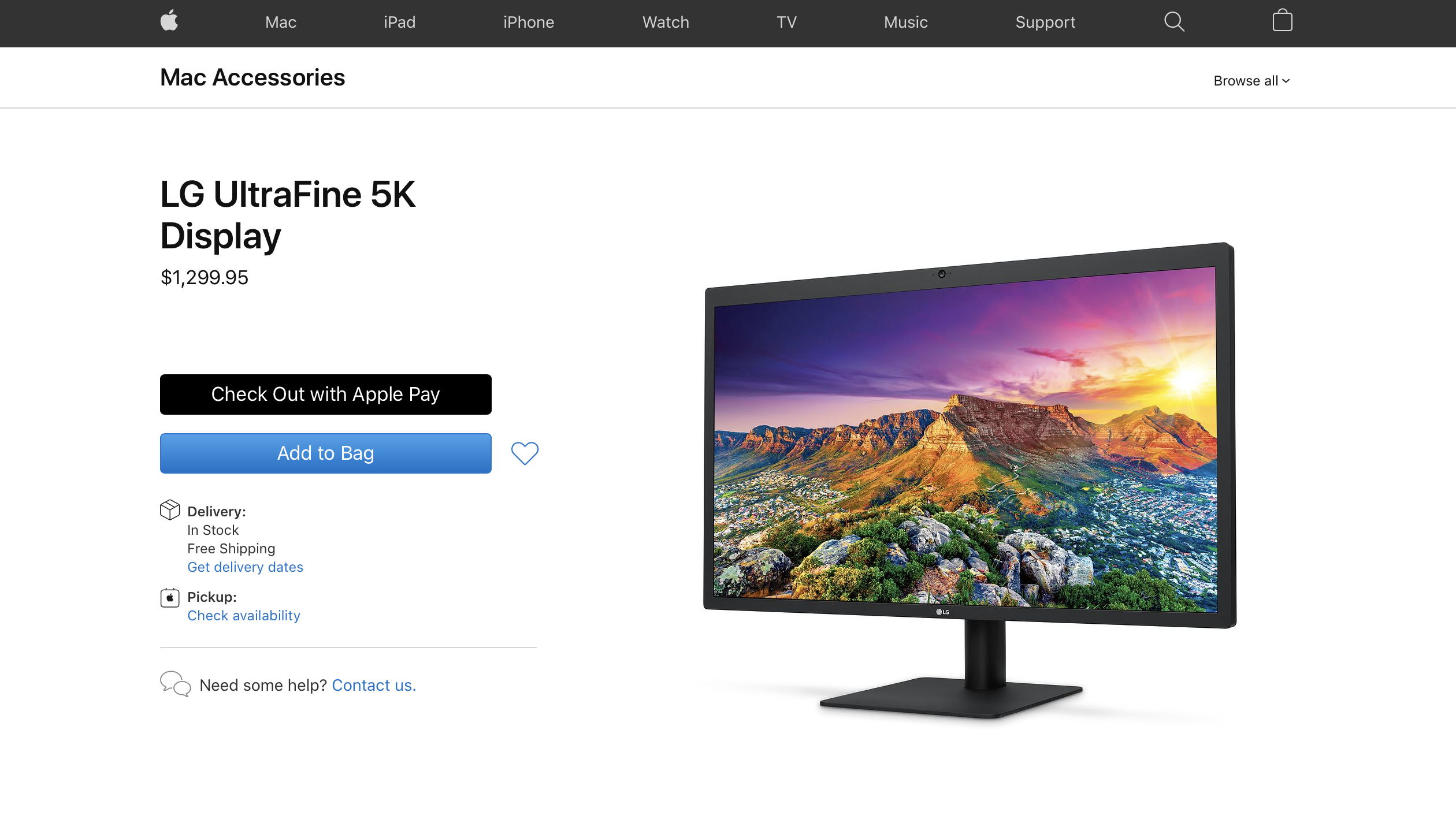 Interestingly, both the 4K and 5K Ultrafine displays remain listed and available for order in the United States. The 5K UltraFine display retails for $1,300 and offers one Thunderbolt 3 port and three USB-C ports. The display features up to 500 nits of brightness with a 5,120 x 2,880 resolution, P3 wide color gamut, and offers built-in stereo speakers, a camera, and a microphone.