The CEOs of Apple and Google in statements on Wednesday backed President Joe Biden’s plans to reform U.S. immigration policy, a major component of which includes the extension of the Deferred Action for Childhood Arrivals program. 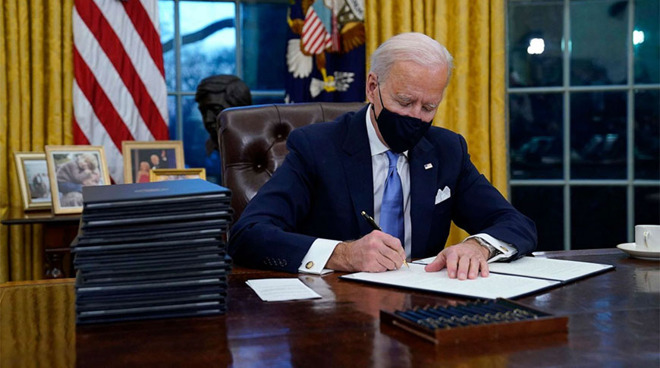 Shortly after being sworn in as the 46th president of the United States, Biden signed a pair of executive orders that extends the Obama-era DACA program and reverses President Donald Trump’s travel and immigration bans on predominantly Muslim countries.