Apple has pulled an iOS app from the App Store that encouraged users to organize secret underground parties despite social distancing measures and U.S. pandemic restrictions, reports The Verge. 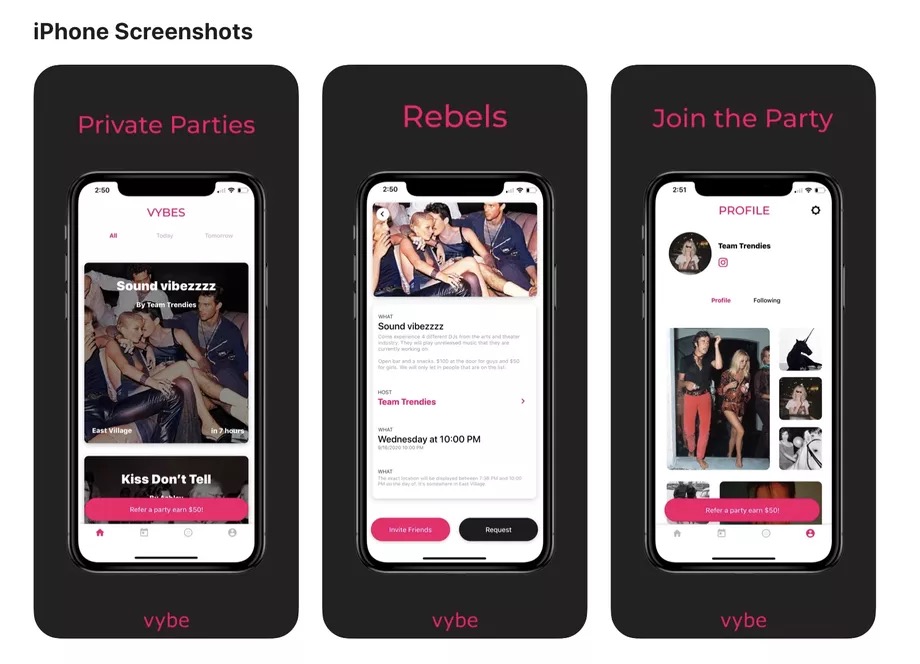 Called “Vybe Together,” the app billed itself as a place to organize and attend secret parties, with its now-defunct website using the tagline “Get your rebel on. Get your party on.”

App users could act as party organizers and approve other users who wanted to attend their event. Approved invitees then received the event address two hours before the party was due to start.

According to one of the developers contacted by The Verge, Vybe Together had a few thousand users and thousands more had requested access before Apple pulled it from the ‌App Store‌. The app had also been promoted on TikTok before its account on the short-form video sharing platform was banned.

The ongoing health crisis has made indoor gatherings of people from different households an unsafe practice and in many regions such parties would be clear violations of pandemic restrictions, so it’s unclear why Apple approved the app in the first place.

According to the report, the website’s FAQ page acknowledged the danger of the pandemic, but said the app was designed to promote “small gatherings” rather than “large scale parties.”

Whether the app led to many people holding the unsafe events is unclear, although it promoted “gatherings every weekend” on TikTok, including New Year’s Eve parties.

The app had 25 ratings on the ‌App Store‌ before it was removed, and its Instagram page had under 1,000 followers. Before it was banned from the photo-sharing platform, Vybe Together’s account had a single text post which read: “Blown out of proportion by the media. We DO NOT CONDONE LARGE GATHERINGS.”

Note: Due to the political or social nature of the discussion regarding this topic, the discussion thread is located in our Political News forum. All forum members and site visitors are welcome to read and follow the thread, but posting is limited to forum members with at least 100 posts.
This article, “Apple Pulls App That Promoted Secret Parties During Ongoing Pandemic” first appeared on MacRumors.com