Apple’s AirTag item trackers can be custom-engraved using text, numbers, and even emoji, but users looking to express some college humor will likely need to look elsewhere, because Apple’s online AirTag personalization tool is easily offended. 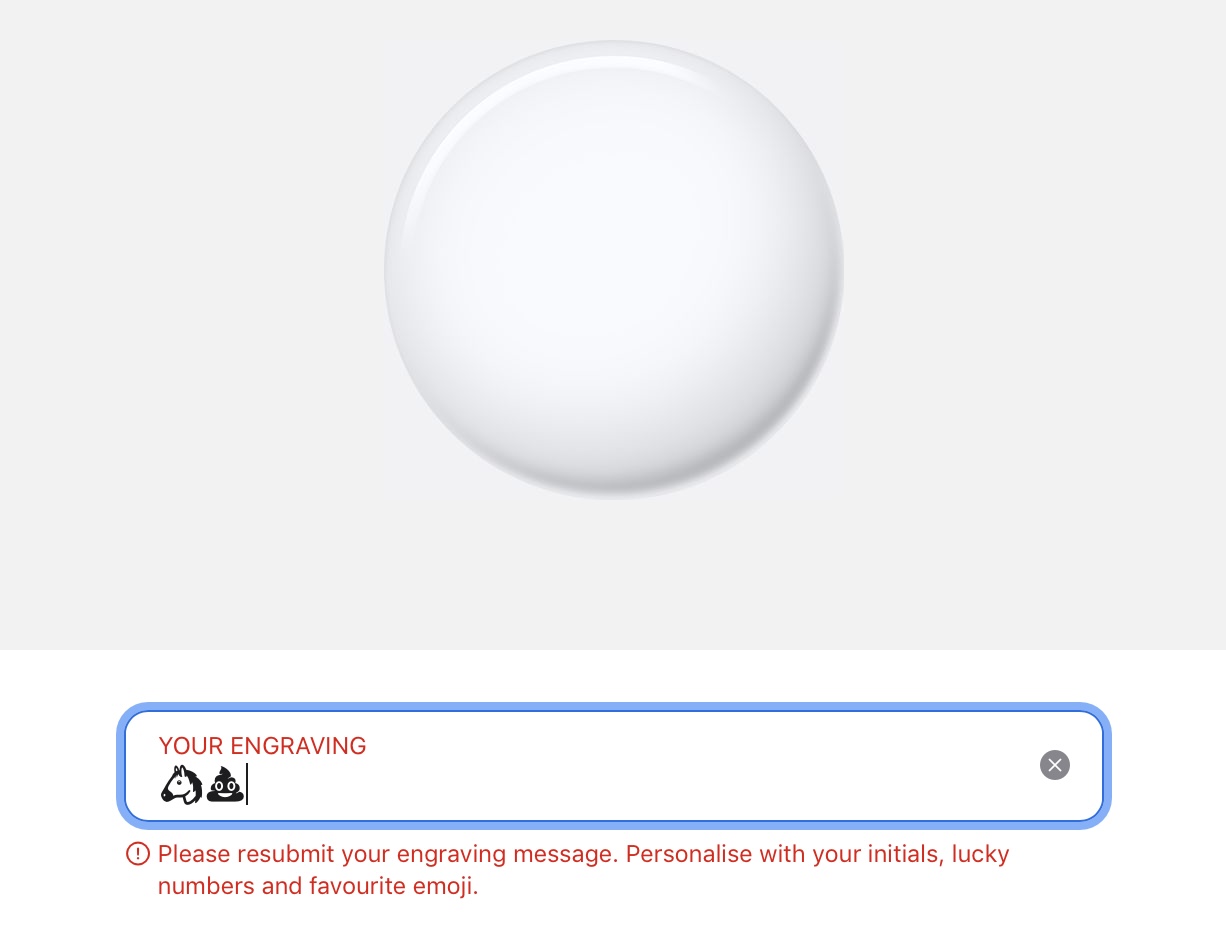 An AirTag is just big enough to fit up to four characters or up to three emoji. That might seem just enough to get dubiously creative with your diction, but as The Verge points out, Apple puts pretty strict limitations on what you can emblematize on an AirTag.

For instance, a Pile of Poo emoji can’t come after a Horse Face emoji, but other animal-poo combinations are fair game. Similar limitations apply to potentially offensive words spelt out with text, although some customers will surely find their own ways around the system.

This isn’t the first time Apple has clipped the wings of would-be comedians and toilet humorists – many of the same emoji restrictions are present on AirPods and iPad engravings, for example. However, the ability to engrave several, more affordable AirTags is likely to introduce more people to Apple’s guarded funny side.

‌AirTags‌‌‌‌ start at $29 each or $99 for a four-pack. Online orders open this Friday, April 23, with ‌‌‌‌AirTags‌‌‌‌ shipping April 30. Engraving is free.