Earlier this week, a developer using the pseudonym Sera Tonin Brocious on Twitter successfully managed to emulate Nintendo Switch games on Apple silicon, which they demonstrated by running Super Mario Odyssey on an M1 Mac. 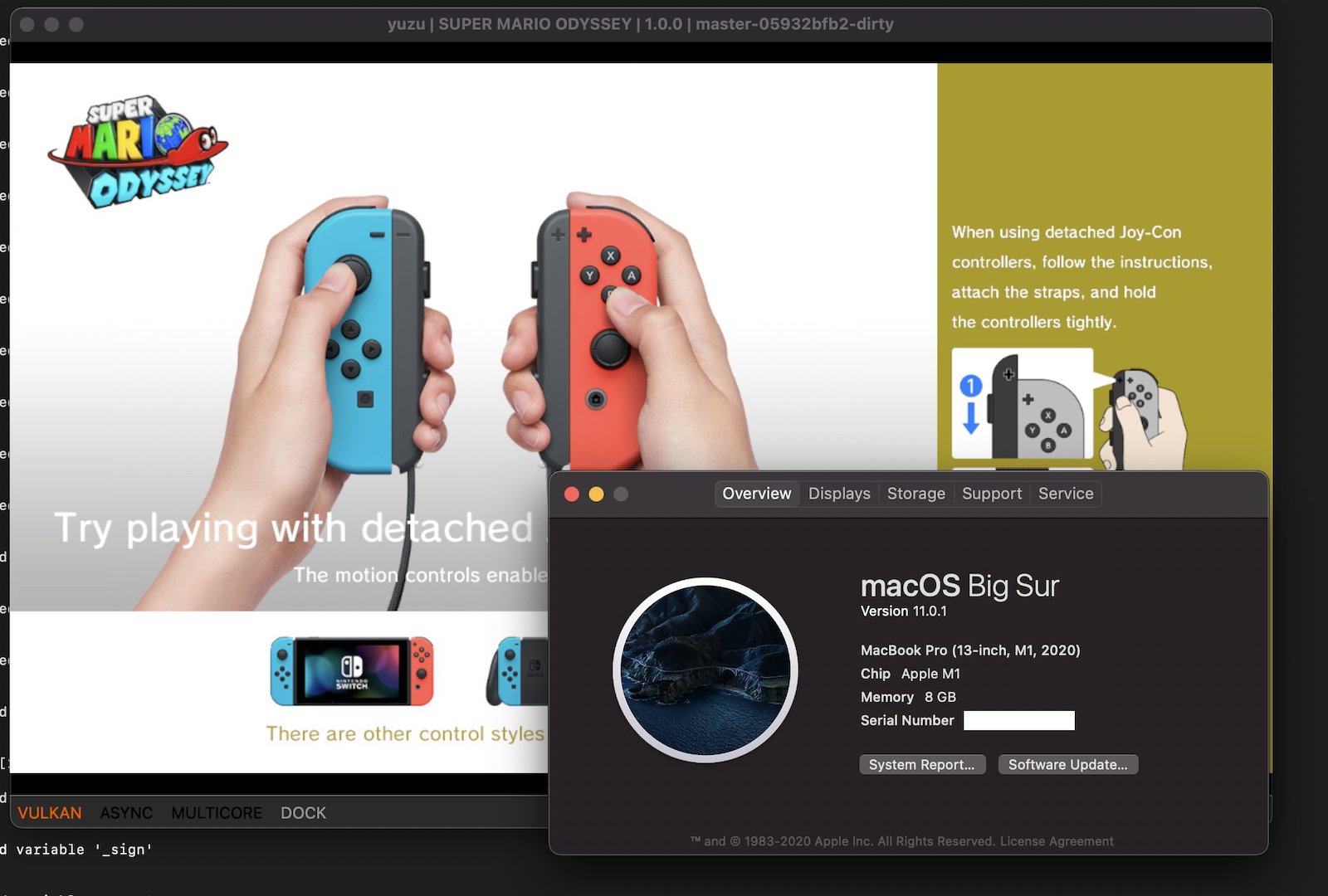 As noted by The 8-Bit, the developer was able to achieve this feat with the open source Yuzu emulator, which uses Vulkan, a high-performance 3D graphics API. The implementation is not perfect due to limitations of MoltenVK, a runtime library that maps Vulkan to Apple’s Metal graphics framework on macOS and iOS.

The screenshots show Super Mario Odyssey running on a 13-inch MacBook Pro with the M1 chip running macOS 11.0.1. This is possible because the processors in the Nintendo Switch and M1 Macs are both based on Arm architecture.

Is this Super Mario Odyssey running under virtualization on my M1 Macbook Pro? Yes. Yes it is. 😊 pic.twitter.com/AcgiEkVEyU

In a follow-up tweet, the developer said the “big hurdle” is proper Metal support, noting that the current MoltenVK implementation results in “middling performance.” And while there are no instructions for the public to try this out yet, it’s an exciting accomplishment, and one more example of the new capabilities unleashed by Apple silicon.