Netflix is planning to roll out a new “Shuffle Play” feature to users this year following a successful period of testing, the company announced Tuesday during its Q4 2020 earnings. 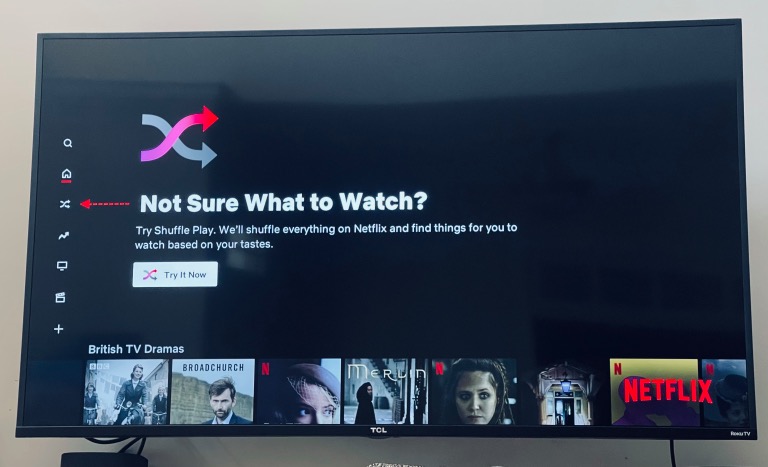 Noting the feature briefly during the call, Netflix said it would give “members the ability to choose to instantly watch a title chosen just for them, versus browse.”

According to TechCrunch, Shuffle Play places a big button on the Netflix home screen under the user’s profile icon. When the button’s selected, Netflix randomly plays content that the service’s personalization algorithms think the user will like.

Content can include a movie that has recently been played, something saved to the user’s watch list, or a title that is similar to something they’ve already watched, for example.

A variation of the feature has also been spotted in the TV app’s sidebar navigation menu. When selected, the question “Not sure what to watch?” is displayed and the page goes on to explain how Shuffle Play works.

Shuffle Play is still only being tested on TVs right now, but the company said the feature, which may yet take another name, will reach all users worldwide sometime in the first half of 2021.

Shuffle Play is just the latest feature that Netflix has tested in search of a better way to connect users to something to watch. In April 2019 it began testing a feature on mobile that allowed users to “Play a Popular Episode” of certain TV shows, without having to scroll through and pick which one they want to watch.

This article, “Netflix ‘Shuffle Play’ Feature Rolling Out to All Users Later This Year” first appeared on MacRumors.com