A prototype of the iPhone 5s has surfaced with an unusual slate grey backing, a darker color scheme that may have been used to disguise the iPhone model ahead of its launch. 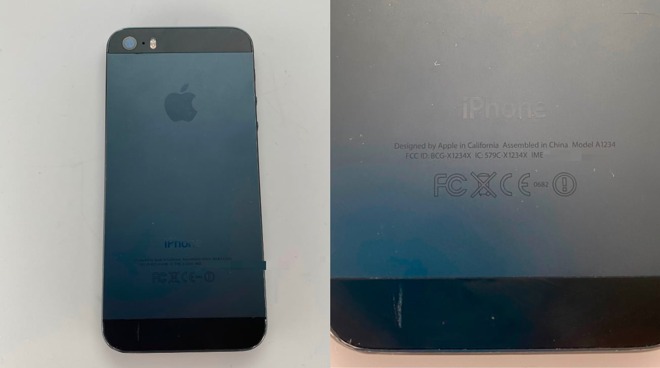 Unveiled by Apple in September 2013 and accompanied by the iPhone 5c, the iPhone 5s was offered to the public in a choice of three color schemes. However, new images suggest Apple may have considered another option, one it ended up using on pre-release devices.Images shared by @DongleBookPro on Twitter show what is identified as an “iPhone 5s Prototype.” The device is shown to bear fake regulatory details on the rear, indicating it isn’t a version intended for release to the public.