Back in August, Twitter began calling retweets with comments Quote Tweets, and a couple of months later the social media platform changed the way retweets worked so that users were prompted to Quote Tweet a retweet first before deciding to share it. 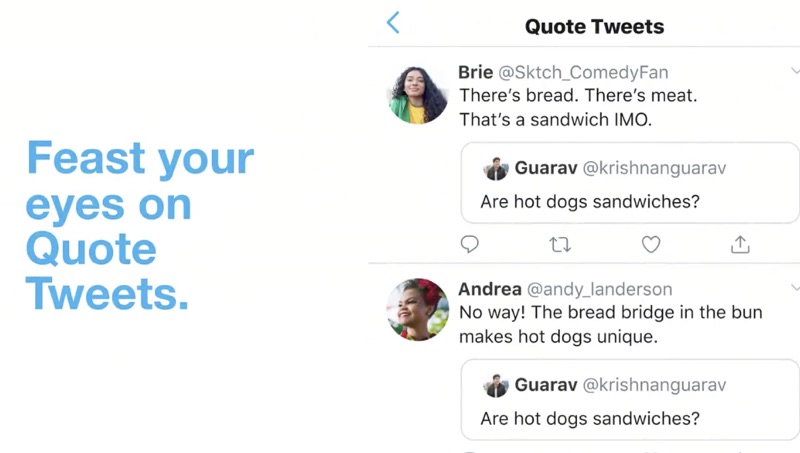 Users didn’t have to type anything in the quote tweet prompt, and could still retweet with no added context. Still, the idea behind the small change was to encourage more thoughtful amplification of tweets, so that users didn’t just mindlessly retweet something without due consideration.

However, it turns out that the tweak didn’t have the intended effect, as Twitter explained on Wednesday in a blog post.

We hoped this change would encourage thoughtful amplification and also increase the likelihood that people would add their own thoughts, reactions and perspectives to the conversation. However, we observed that prompting Quote Tweets didn’t appear to increase context: 45% of additional Quote Tweets included just a single word and 70% contained less than 25 characters.

Twitter said it also saw a 20% decrease in retweets and quote tweets while the automatic quote tweet prompt was active. As a result, Twitter is reverting the retweet action to its original behavior, and users will no longer see the Quote Tweet prompt when they tap the Retweet button.