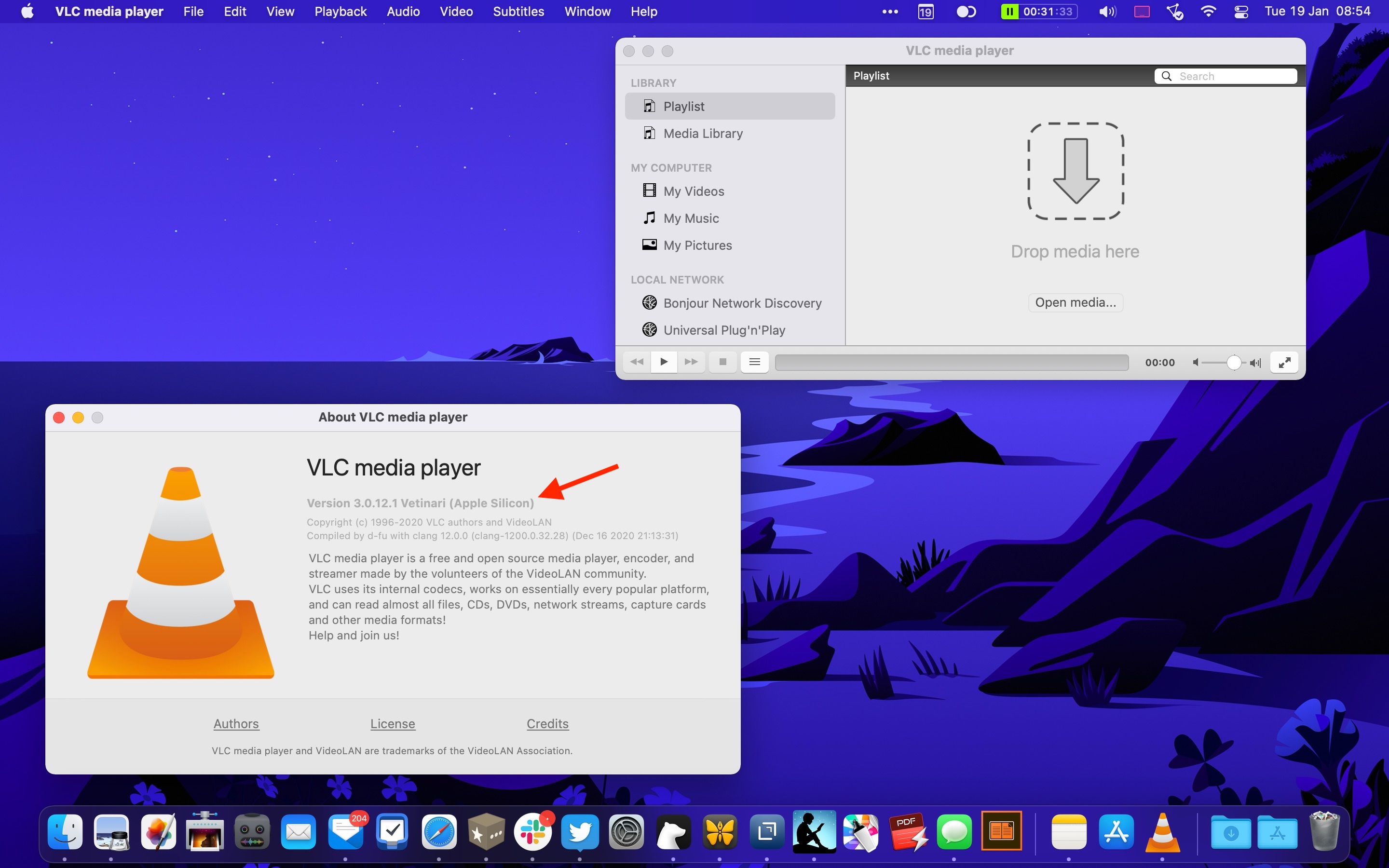 VLC 3’s capabilities include automatic hardware decoding for 4K and 8K playback, support for 10-bit HDR, 360-degree video and 3D audio, and Chromecast streaming with support for non-native formats, so the fact that the app’s now optimized for Apple silicon should bring some considerable performance and energy efficiency benefits when using these features.

In addition to adding native support for Apple silicon, 3.0.12 includes visual improvements to bring it into line with the macOS Big Sur design signature and fixes to audio distortion when starting playback.

As noted by 9to5Mac, the new VLC isn’t a yet a universal binary, so the M1-optimized code isn’t part of the app package. However, if you run VLC on ‌Apple Silicon‌ and select VLC Media Player -> Check for Update…, you will be offered the subsequent 3.0.12.1 update that actually installs the native application on your Mac.

VLC 3.0 is a free downloaded for Mac from the VideoLan website. Apple recently shared a list of popular apps optimized for Macs with the ‌M1‌ chip that are also available in the Mac App Store, such as Pixelmator Pro, Adobe Lightroom, Affinity Designer, Darkroom, Fantastical, BBEdit, Instapaper, and Twitter.