WhatsApp will soon let Mac users make voice and video calls from the platform’s desktop client, according to a new report from forthcoming feature specialist WABetaInfo.

WhatsApp has offered voice and video calling in its mobile app for some time, but the feature doesn’t extend to the encrypted messaging platform’s web and desktop clients.

However, that looks set to change, based on a beta of WhatsApp’s desktop variant. As the screenshot below shows, users involved in the beta testing stage of the client can see new voice and video calling buttons in the chat header of the app window.

Clicking either button initiates a voice or video call to the selected contact, and then displays a separate pop-up window showing options to enable or disable video, mute the call, or hang up. 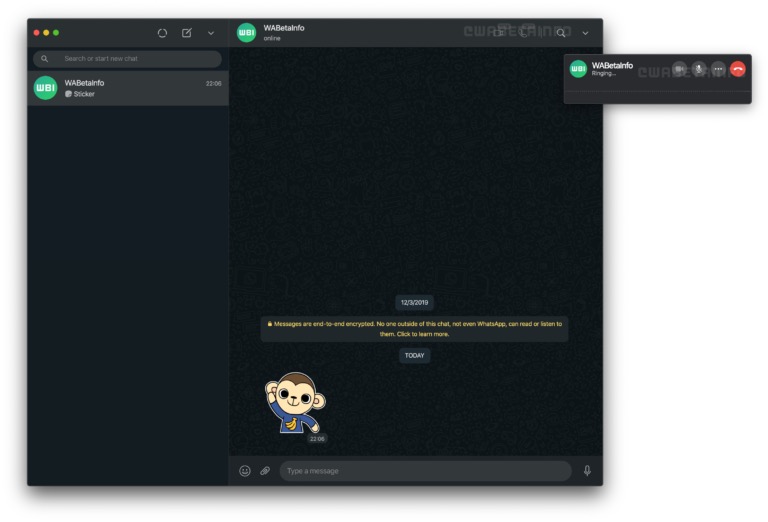 Meanwhile, a call recipient using the desktop client sees a similar pop-up window indicating someone is calling them and offering them options to accept or decline the incoming call. 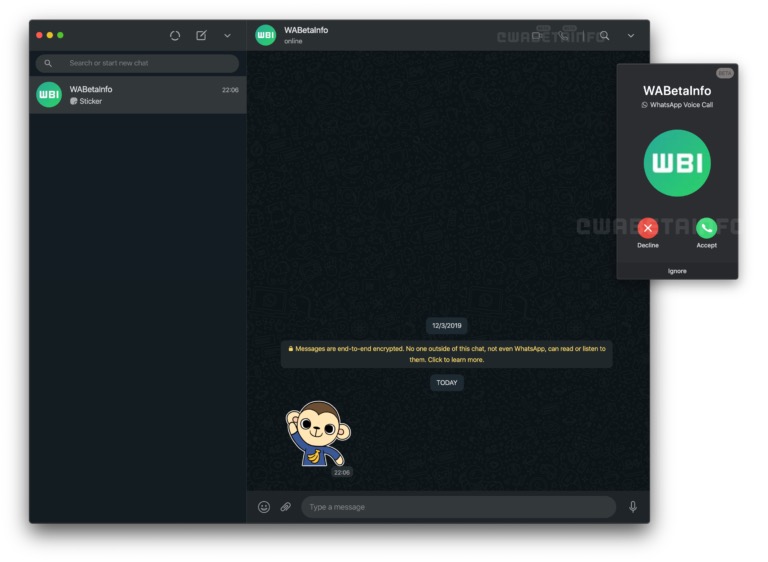 It’s not clear how long voice and video calls will remain in beta testing on the desktop client, but WhatsApp is fairly quick at introducing new features, so if we could well see the functionality appear in an update in the next few weeks.