WhatsApp has started using Status messages to remind its users of the messaging service’s “commitment to your privacy,” following the recent confusion regarding changes to its privacy policy last month. 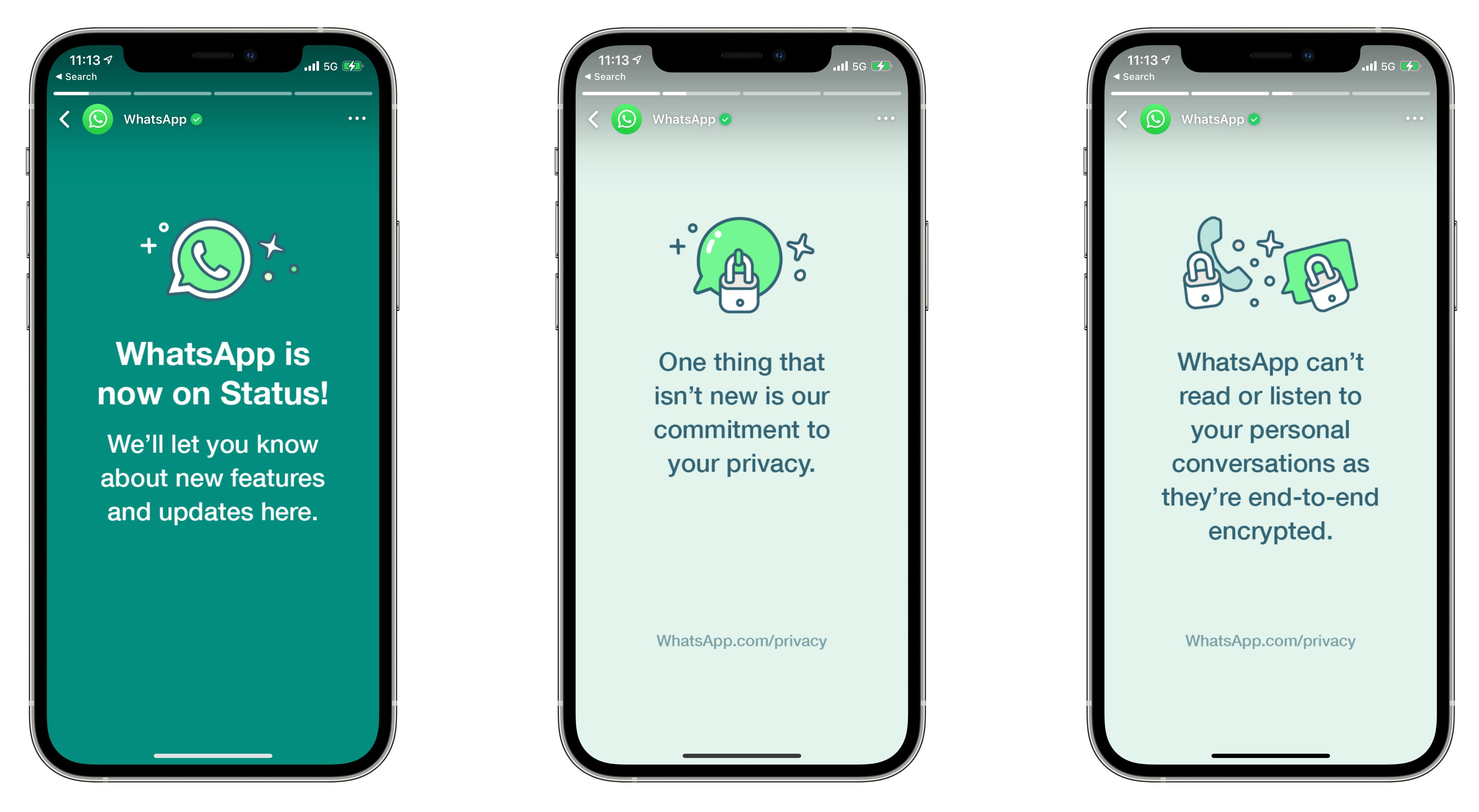 “WhatsApp is now on Status,” the message begins. “We’ll let you know about new features and updates here. One thing that isn’t new is our commitment to your privacy. WhatsApp can’t read or listen to your personal conversations as they’re end-to-end encrypted. Stay tuned for more updates!”

The Stories-style in-app messages began appearing over the weekend for users in the U.S. and the U.K., while users in India have reportedly been receiving them for longer. In a statement given to The Verge, WhatsApp explained the reasoning behind the move:

“There’s been a lot of misinformation and confusion around our recent update and we want to help everyone understand the facts behind how WhatsApp protects people’s privacy and security,” a WhatsApp spokesperson told The Verge. “Going forward, we’re going to provide updates to people in the Status tab so people hear from WhatsApp directly. Our first update reaffirms that WhatsApp cannot see your personal messages, and neither can Facebook, because they are protected by end-to-end encryption.”

WhatsApp first announced its new usage terms early last month, and the changes at the time suggested WhatsApp would share additional data with Facebook such as phone number, service-related information, IP address, and transaction data. WhatsApp has since made it clear that the update does not affect data sharing with Facebook in terms of user chats or profile information, with the new terms instead applying to those who use the business chat feature.

However, that hasn’t stopped an exodus of millions of users from the service to rival messaging apps like Telegram and Signal, both of which have been quick to exploit the situation to their advantage.

Telegram has since added the ability for users to import their chat history from WhatsApp so they won’t lose old conversations, while Signal recently got an update containing several new features clearly designed to appeal to former WhatsApp users.

Owing to the confusion, WhatsApp says it has opted to delay the new privacy policy changes for three months, but it is not canceling them.